Digital Fluency as an Exponential Multiplier

Thinking of Digital as a Multiplier

The higher your digital fluency, the more likely it is that your organization can create exponential value. 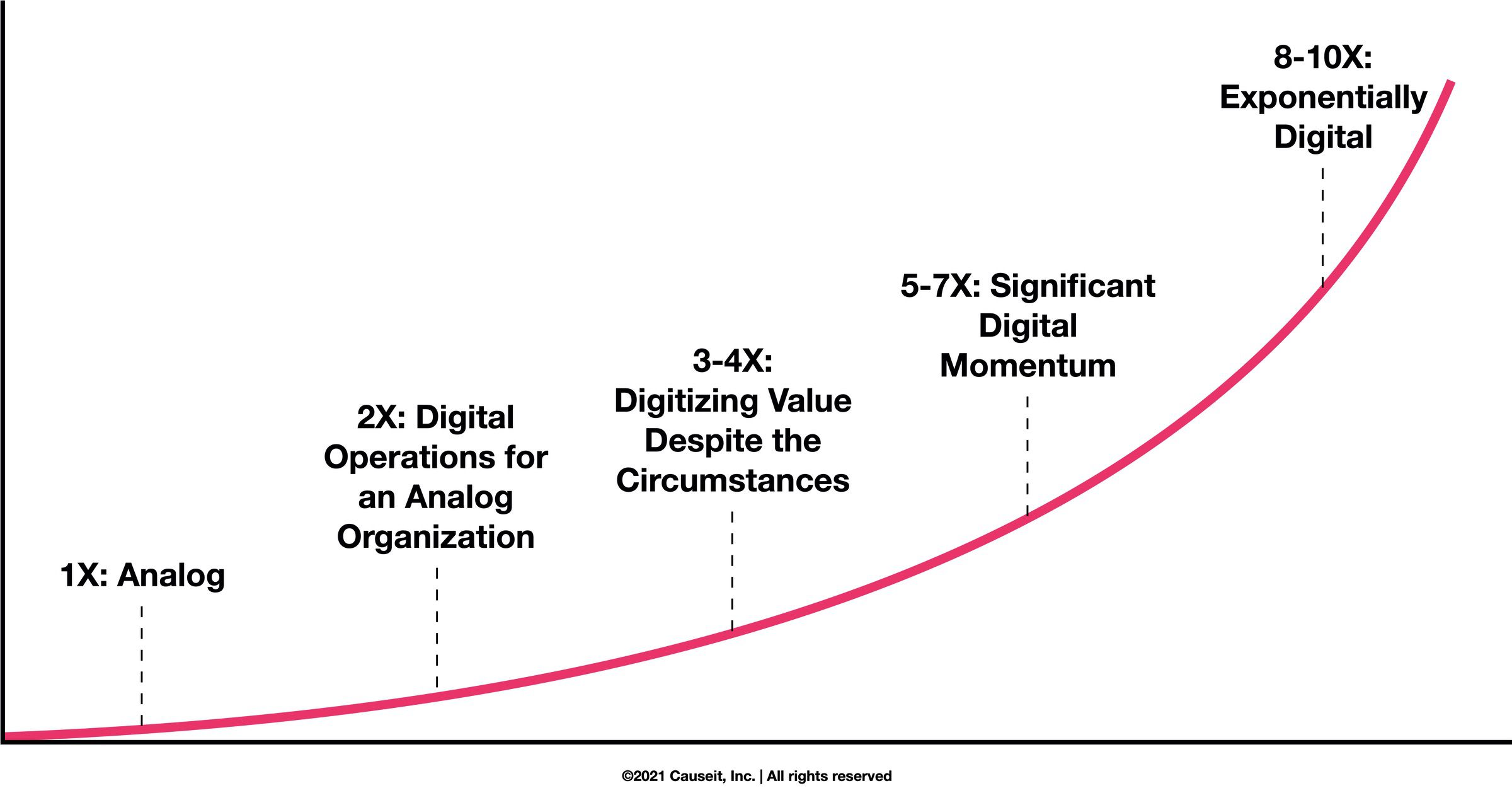 If people have great thinking about social products or how to collaborate online, but have few software tools to do so, the software will be the lowest common denominator. The same is true if you have exponential tools rich with useful features—if the right thinking isn’t in place, no one will understand the possibilities of the technologies, and the organization won’t get very far.

The following is a description of organizations along a scale from 1X digital scale to 10X. 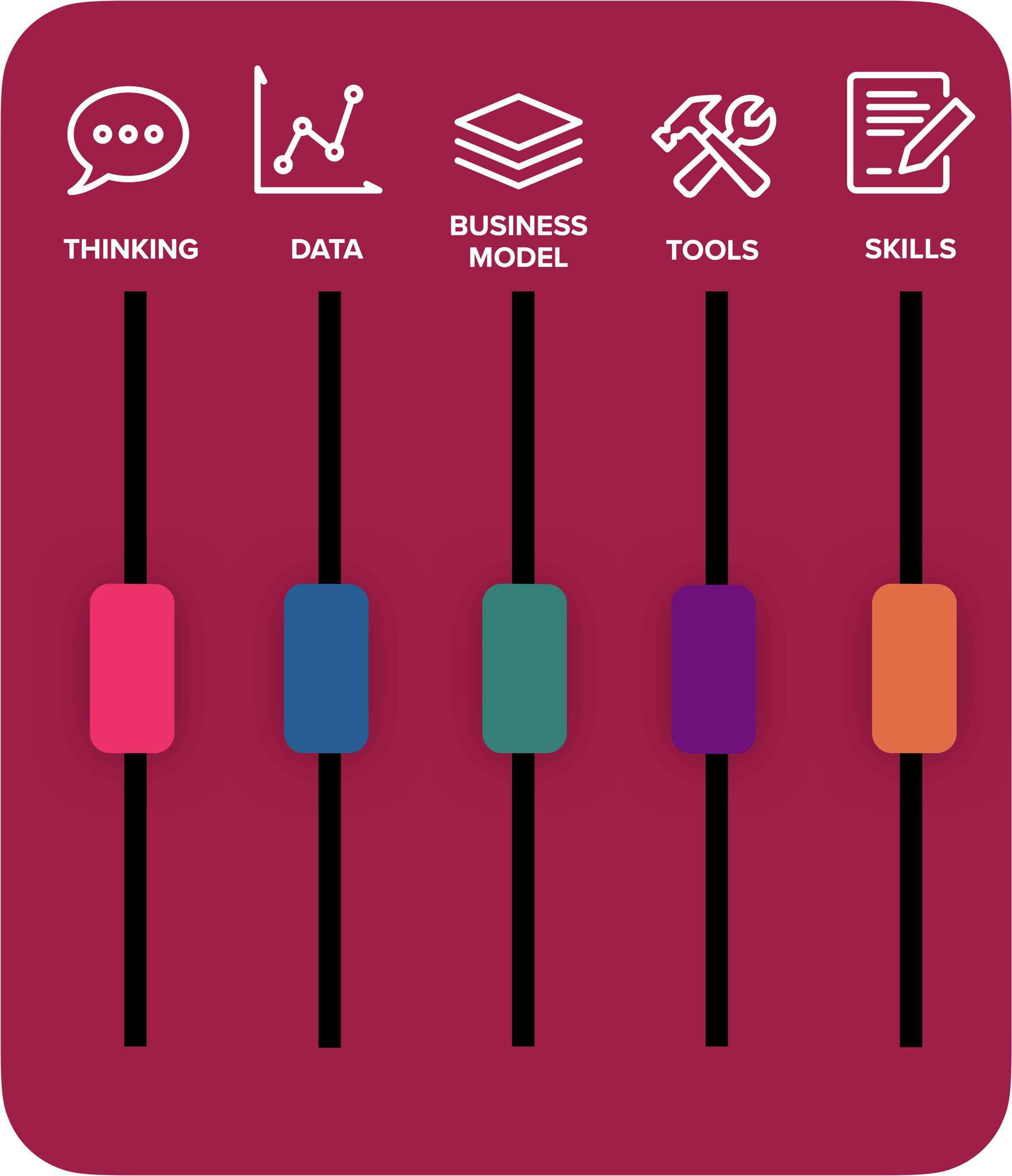 Organizations at the 1X scale have very little digital leverage. In other words, if they use digital tools, it is only as a substitute for things that were previously done through analog tools. For example, the use of fax machines instead of the postal system is a 1X strategy—while it increases speed a bit, it is still essentially a channel for moving static documents from a sender to a recipient. It's faster and more convenient but it's not enough to create a competitive advantage or transform your business.

At the 2X scale of digital fluency, organizations will use digitized versions of analog systems (like spreadsheets or PDFs of scanned paper documents) to increase data integrity, searchability and speed. They may have significant leverage over their fully-analog counterparts, but they aren't creating new value with digital tools. In these organizations, digital technologies are used mostly to streamline analog operations.

Digital organizations that are operating at 3-4X have achieved some network effects inside their organization through the pervasive use of digital technologies. They are starting to produce digital value at scale, through interconnected systems with live data and teams who understand data-centric products and services. While direct revenue is coming from digital offerings or products, the mindset for operations and value exchange still comes from an analog business model. At this stage, applied digital thinking may begin to cause exponential results—but only in specific parts of the business—and digital initiatives have to overcome significant analog inertia to achieve any scale.

Organizations at the 5-7X scale have reached a critical mass of digital fluency. A substantial amount of their revenue can be attributed to digital products or marketplaces, and the lowest common denominator of digital fluency is high enough that digital value can be created with relative ease across the organization. The location of employees, customers and partners becomes less relevant as advanced technologies enable remote collaboration and decision-making. Value is co-created by many people inside and outside the company. Externally, these organizations may be perceived as software companies—though there may be significant 'growing pains' or controversy about that.

A company that's reached an 8-10X level of digital fluency may look more like science fiction than business as usual. They leverage conversational digital colleagues, strong AI programs, and highly predictive approaches to value creation which are still quite rare. This all requires significant investment to conceive of, build and make sustainable—but it also often creates a major "first to market" advantage. It's very hard to catch up with a company this far along an exponential curve.

Everyone in an 8-10X company is a technologist of some kind or another, even if they don't have a digitally-focused job. Employees, customers and partners all contribute to technology planning and development, bridging the distance between users and designers.

These companies have 'software-defined everything.' For example, nearly all value created by Google is a function of software. Even the hardware they create is valuable primarily because of the applications and algorithms which define how the hardware works, and new features can be downloaded as an update. Software-defined value is a hallmark of digital companies because it enables razor-thin margins for competitive cost advantages, rapid scaling, and pivots based on prediction models.

No matter where you or your organization lands, focus on raising the lowest common denominator of your digital fluency to unlock new opportunities and performance. In most cases, over-emphasizing any one pillar of digital transformation will result in expenditure of time and money without being able to generate sustainable, exponential results. To begin, explore each pillar at a high level so that you can establish a focus for your first efforts.